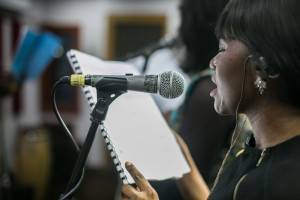 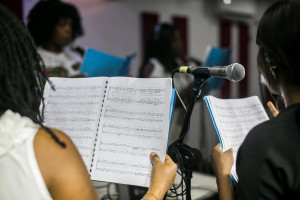 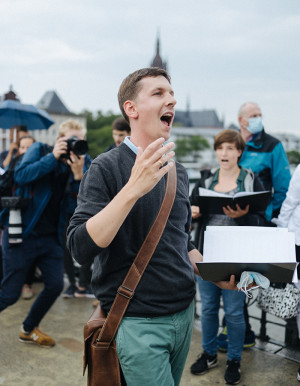 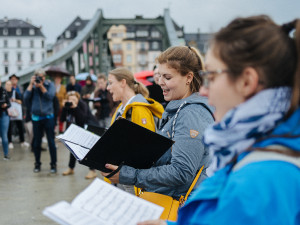 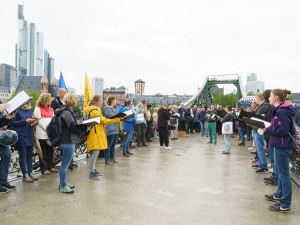 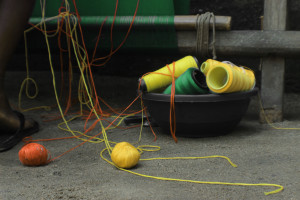 What does singing together mean in our society, especially in a pandemic and crisis-ridden world where music and art per se have long been silenced? This summer, the Nigerian artist Emeka Ogboh is transforming Frankfurt’s city centre into a soundscape on water and on land. At the centre of his three-part multi-channel sound installation THIS TOO SHALL PASS, which stretches from the Römer across the Main to the Dreikönigskirche, is a newly composed hymn of the same name. Dedicated to the city and the year 2020, sung by choirs in Lagos and Frankfurt and woven into fabrics based on a centuries-old Igbo craft. Fixed sacred and profane places and the river as a flowing, collective city memory thereby expand into an overarching cosmopolitan space.
Emeka Ogboh confronts current thinking about the migration of people and their cultural assets, about equality, participation and identity with the principle of cultural appropriation as a way of overcoming borders. The artist plays with languages and codes, using different media and modes of expression. Through sensory experiences such as hearing, seeing, tasting, smelling and feeling, Emeka Ogboh opens up cultural memory spaces. In his artworks, cooking and DJ performances, these memory spaces are sampled according to musical principles, their origins intertwined. At times, Emeka Ogboh draws on art-historical, even European imagery, while ultimately creating his own unique concepts. The political and human question of how we want to live together in the future stands above it all. 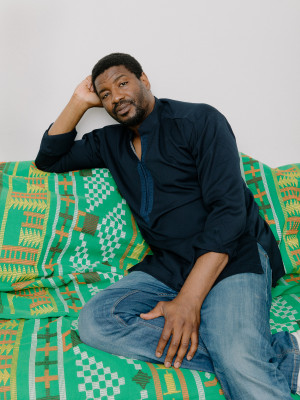 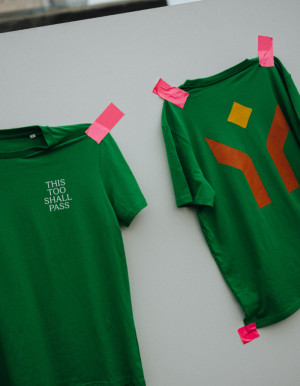 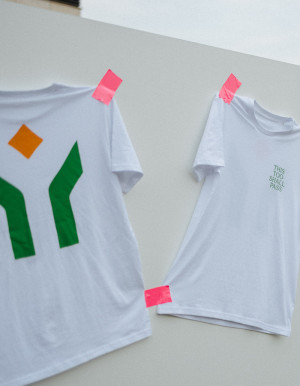 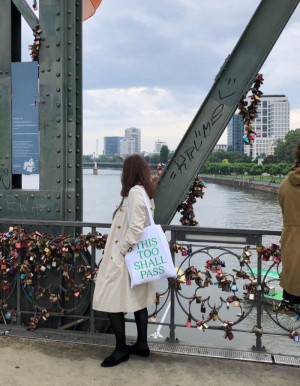 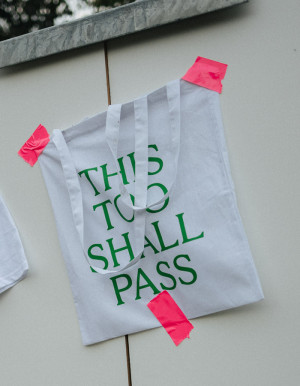 AN INSTALLATION FOR THE URBAN SPACE

The EKHN Foundation is the independent cultural foundation of the Protestant Church in Hesse and Nassau. As an operational and supporting institution, it is dedicated to questions of culture in its diverse forms, be it in art, education, science, business, politics or religion.
The foundation sets impulses by stimulating and implementing initiatives and projects in the dialogue between church and society. Sociopolitical debates and the importance of theological questions are both the idea and the occasion. The focus is on discussions with artists and cultural workers, scientific symposia and educational programs for young people.
We cover a large area by supporting and accompanying church communities in the realisation of their cultural projects. We do this in cooperation with other institutions and partners who are not necessarily connected to the church. Networking, continuity and the Protestant perspective are particularly important to us.

We work with artists to make the impossible possible, and to bring extraordinary ideas into the public domain. This leads to bold and unique specially commissioned works by young and established artists alike. We believe in art in the city as a planning approach and a methodology for the urban development of the future.
Euphoria is an interdisciplinary and collaborative team, lead by curator Juliane Herz, based in Frankfurt, Germany. We provide conceptual advice and support for the implementation of art in various contexts as well as for projects that include strategic considerations, research, curatorial and discursive approaches. We work with and for both private and public clients – individuals, collectives, institutions and organizations and especially for and with artists.